Epilepsy Info For You > Uncategorized

Congress agreed to the final version of the 2018 Farm Bill, and President Trump is expected to sign the legislation within days. But this is not your typical farm bill. While it provides important agricultural and nutritional policy extensions for five years, the most interesting changes involve the cannabis plant. Typically, cannabis is not part of the conversation around farm subsidies, nutritional assistance, and crop insurance. Yet, this year, Senate Majority Leader Mitch McConnell’s strong support of and leadership on the issue of hemp has thrust the cannabis plant into the limelight.

For a little bit of background, hemp is defined in the legislation as the cannabis plant (yes, the same one that produces marijuana) with one key difference: hemp cannot contain more than 0.3 percent of THC (the compound in the plant most commonly associated with getting a person high). In short, hemp can’t get you high. For decades, federal law did not differentiate hemp from other cannabis plants, all of which were effectively made illegal in 1937 under the Marijuana Tax Act and formally made illegal in 1970 under the Controlled Substances Act—the latter banned cannabis of any kind.

It’s true that hemp policy in the United States has been drastically transformed by this new legislation. However, there remain some misconceptions about what, exactly, this policy change does

Hemp is legal in the United States—with serious restrictions

The allowed pilot programs to study hemp (often labeled “industrial hemp”) that were approved by both the U.S. Department of Agriculture (USDA) and state departments of agriculture. This allowed small-scale expansion of hemp cultivation for limited purposes. The 2018 Farm Bill is more expansive. It allows hemp cultivation broadly, not simply pilot programs for studying market interest in hemp-derived products. It explicitly allows the transfer of hemp-derived products across state lines for commercial or other purposes. Plus it puts no restrictions on the sale, transport, or possession of hemp-derived products, so long as those items are produced in a manner consistent with the law.

However, the new Farm Bill does not create a completely free system in which individuals or businesses can grow hemp whenever and wherever they want. There are numerous restrictions.

Second, there will be significant, shared state-federal regulatory power over hemp cultivation and production. Under section 10113 of the Farm Bill, state departments of agriculture must consult with the state’s governor and chief law enforcement officer to devise a plan that must be submitted to the Secretary of USDA. A state’s plan to license and regulate hemp can only commence once the Secretary of USDA approves that state’s plan. In states opting not to devise a hemp regulatory program, USDA will construct a regulatory program under which hemp cultivators in those states must apply for licenses and comply with a federally-run program. This system of shared regulatory programming is similar to options states had in other policy areas such as health insurance marketplaces under ACA, or workplace safety plans under OSHA—both of which had federally-run systems for states opting not to set up their own systems.

Third, the law outlines actions that are considered violations of federal hemp law (including such activities as cultivating without a license or producing cannabis with more than 0.3 percent THC). The law details possible punishments for such violations, pathways for violators to become compliant, and even which activities qualify as felonies under the law, such as repeated offenses. 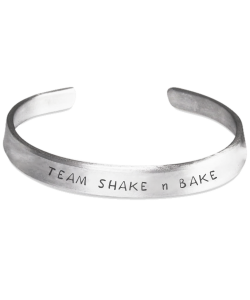 We want N.Y.P.D. Pizza Back

MY STORY IS STRAIGHT AND TO THE POINT… MY NAME IS BIG ROB – BORN AND RAISED HERE IN P.S. IN 1998 ‘I’ OPENED THE FIRST N.Y.P.D. NEW YORK PIZZA DELIVERY DOWNTOWN PALM SPRINGS, 3 YEARS LATER I BOUGHT A SECOND STORE IN PALM DESERT… THEN IN 2008 I STARTED HAVING UNCONTROLLABLE GRAN MAL SEIZURES… I HAVE A SITE THAT EXPLAINES THE WHOLE STORY IN DETAIL IF YOU GO TO “EPILEPSYINFO4U.COM” AND UNDER ‘ROB’S STORY’ YOU CAN READ THE WHOLE BUT SHORT STORY ABOUT MY FAMILY HISTORY AND THE SEIZURES… WHAT I AM DOING HERE WITH ‘GO FUND ME’ IS TRYING TO RAISE MONIES SO I CAN GET BACK INTO THE PIZZA BUSINESS, I HAVE BEEN SITTING FOR 7 YEARS NOW AND FINALLY WE HAVE IT UNDER CONTROL, NOW 7 MONTHS SEIZURE FREE THANKS TO THE GREATEST DOCTOR I HAVE EVER MET – DOCTOR LUTHRA – MY NEUROLOGIST!!! PLUS I HAVE MET 3 OTHER PEOPLE HE HAS CURED… I BELONG IN THE KITCHEN MAKING PIZZA’S(NOT SITTING ON A COUCH) ANYONE WHO KNOWS ME CAN VOUGE FOR THAT!!! I AM ASKING FOR YOUR HELP AND WITH THE HELP OF YOUR FRIENDS & FAMILY TO SPREAD THE WORD AND HELP RAISE THESE FUND$ SO I CAN OPEN A BIG ROB’S ORIGINAL NYPD PIZZA WITH A CLEAN AND SAFE ENVIORNMENT SO YOU CAN COME AND ENJOY THAT HOT FRESH TASTY CHEEZY PIZZA AGAIN!!! THANK YOU… BIG ROB…

Our 3rd walk for Epilepsy Awareness…

We will be passing out Purple Hand Made Slide Bracelets. (made by Rob)

We will be Walking Downtown Palm Springs, Ca.

Walk will begin at Parking Lot, Pictures taken along Walk, and proceed N on Indian Ave to Amado Rd, Head west to N Palm Canyon, Then South back to parking lot for Group Photo.

ALL ARE INVITED TO JOIN US.

Epilepsy Lifeline and Support Series! Meet others with epilepsy and their families at our first group meeting outside of Simple Simon’s in Riverside the 2nd Tuesday of each month at 11 am (first meeting next Tuesday!!!)

Special thanks to our speakers–Drs. Diane Stein and Thomas Minahan, sponsors, City of Riverside, CA – City Government, IEHP, and Molina Healthcare, and all our participants. It was so good to know that everyone was learning something new that day. 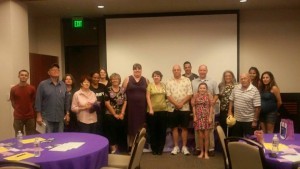 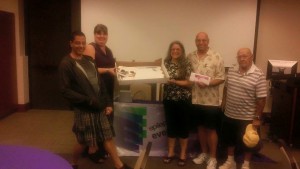 A Special Thank You Meghan Kennedy,  of Epilepsy Education Everywhere for All Your Support and Encouragement in Epilepsy Awareness.

How Breathing is Effected

Seizure-related respiratory dysfunction may play a critical role in the pathophysiology of sudden unexpected death in epilepsy (SUDEP). In the majority of observed SUDEP cases, there is some evidence of breathing difficulty prior to death. In addition, simultaneous recording of respiratory function in patients undergoing video-EEG monitoring has shown that abnormalities, such as hypoxemia, apnea, and hypercarbia, are commonly seen following seizures.
How seizures affect respiration is not well understood. While brainstem structures are necessary for breathing, cortical structures, especially in the frontal and temporal lobes, may exert significant influence. These cortical regions are also common sites for seizure initiation or propagation, suggesting a possible anatomical link between seizures and breathing dysfunction.

One Study on How Breathing is Effected

In a recent study by Dlouhy and colleagues, the authors examined the effects of seizures and direct stimulation of multiple cortical sites on breathing in three patients undergoing invasive EEG monitoring for epilepsy or tumor surgery. They found:
In one patient, seizures originating in the right frontal lobe caused transient apnea within one second of propagation to the left amygdala.
Electrical stimulation of the left amygdala, but not other sites in the frontal and temporal cortex, led to apnea and hypoxemia.
Similar results were seen in the other two patients, one with right amygdala stimulation and another with left amygdala stimulation.
None of the patients reported shortness of breath or discomfort during stimulation; they were entirely unaware of their breathing difficulty.
These results suggest that the amygdala may play a critical role in modulation of respiration in humans and that disruption of its normal function by seizures can cause breathing abnormalities. It is unknown if these breathing abnormalities are significant enough to cause SUDEP in some cases or whether seizure spread to other critical brain areas or environmental factors, such as prone position, are necessary components in the fatal cascade.
Further studies, including in animal models of seizures and SUDEP, are needed to understand the neurons and pathways involved in amygdala-mediated respiratory control to identify potential targets for intervention to limit the impact of seizures on breathing and potentially reduce SUDEP risk.
Authored by: Daniel Friedman MD | SUDEP Editor on 9/2015